Telling Willie the Story of a Farm That Survived

Last week I had the opportunity to meet Anita and Dave Schroeder, dairy farmers in Coal Valley, Illinois, just outside of Moline. I first came to know Anita Schroeder when she called the Farm Aid office nearly two years ago to try to get a message to Willie Nelson. Over the phone, she told me her story: She and her husband had almost lost their farm in the farm crisis of the mid-1980s, but they managed to survive and wanted to thank Willie for starting Farm Aid and speaking up for farmers when it seemed no one else would. After the first Farm Aid concert, Anita and Dave received a small grant from Farm Aid. Later, after being turned away multiple times, the Schroeders finally received the loan that would allow them to restructure their debt and save their farm. Anita wanted to tell Willie that her family had not just survived, but had put nine kids through college and they were still producing quality Grade A milk twenty-five years later. Since that initial call, Anita and I have kept in touch and I have followed Willie’s schedule in the hopes that he would eventually play close enough to the farm so that we could arrange a meeting.

Last week on November 1, the timing finally worked. I flew to Moline and drove out to the farm to meet Anita and Dave. Anita showed me the family photo albums and through those photos I met their nine successful children and their 22 wonderful grandchildren. Dave told me a bit about the farm in the kitchen and more on the two-hour drive to Joliet, where Willie would play that night. On the ride we covered a lot of ground conversationally — from the price of corn (up, but most farmers, the Schroeders included, had contracted their corn earlier in the year and were therefore not getting the top price) to politics to how difficult it is for new farmers to get up and running (one of the Schroeders’ nine kids is a farmer).

Unfortunately we wouldn’t be able to stay for Willie’s concert, since Anita and Dave had to get back to the farm to milk their herd of about 60 cows that night. So we met up with Willie before the show on his bus. As always, Willie was happy to meet with farmers, but I think meeting Anita and Dave was a real treat for him. They brought photos of their family, and Anita and Willie flipped through the pages together. They also played for him a DVD of news coverage from 1985, just before the first Farm Aid. Bob Schieffer, the CBS Evening News anchor (and a Texan like Willie), had been out to the Schroeders’ farm to interview Anita and Dave about the farm crisis and whether they thought that Willie Nelson’s concert would help. The coverage showed a younger Anita and Dave, somewhat doubtful that Farm Aid would help them, but thankful that someone was speaking up for farmers. Willie was visibly excited to watch the piece, which documented what he saw all those years ago, riding the roads of this country and talking to farmers in crisis. After the segment ended, the Schroeders thanked Willie for his work, which helped make it possible for them to stay on the land for all these years.

Dave asked Willie about his upbringing in Texas and he and Willie talked about picking cotton and raising cattle. Before we knew it, it was time for Willie to get ready for his show, and for me, Anita and Dave to get back on the road so that we could milk the cows. We stopped for a quick dinner, made it back to the house for a slice of Anita’s delicious apple pie, and then went to the milking parlor. It was a late night for Anita and Dave, which they laughingly told me is not uncommon. With their large family they are often busy in the evenings and they always have work to come home to–work that cannot wait until tomorrow. Nonetheless, Dave can’t imagine doing anything else. He and Willie had talked about that… Willie has famously said he won’t retire and Dave told him he feels the same. He loves his job and doesn’t want to ever stop doing it. Anita has so many talents and interests, but she’s an integral part of the operation with her husband, working with him even as they milk until midnight. They have tremendous faith and a work ethic that rivals Willie’s, which keeps him on the road and playing so many nights of the year. 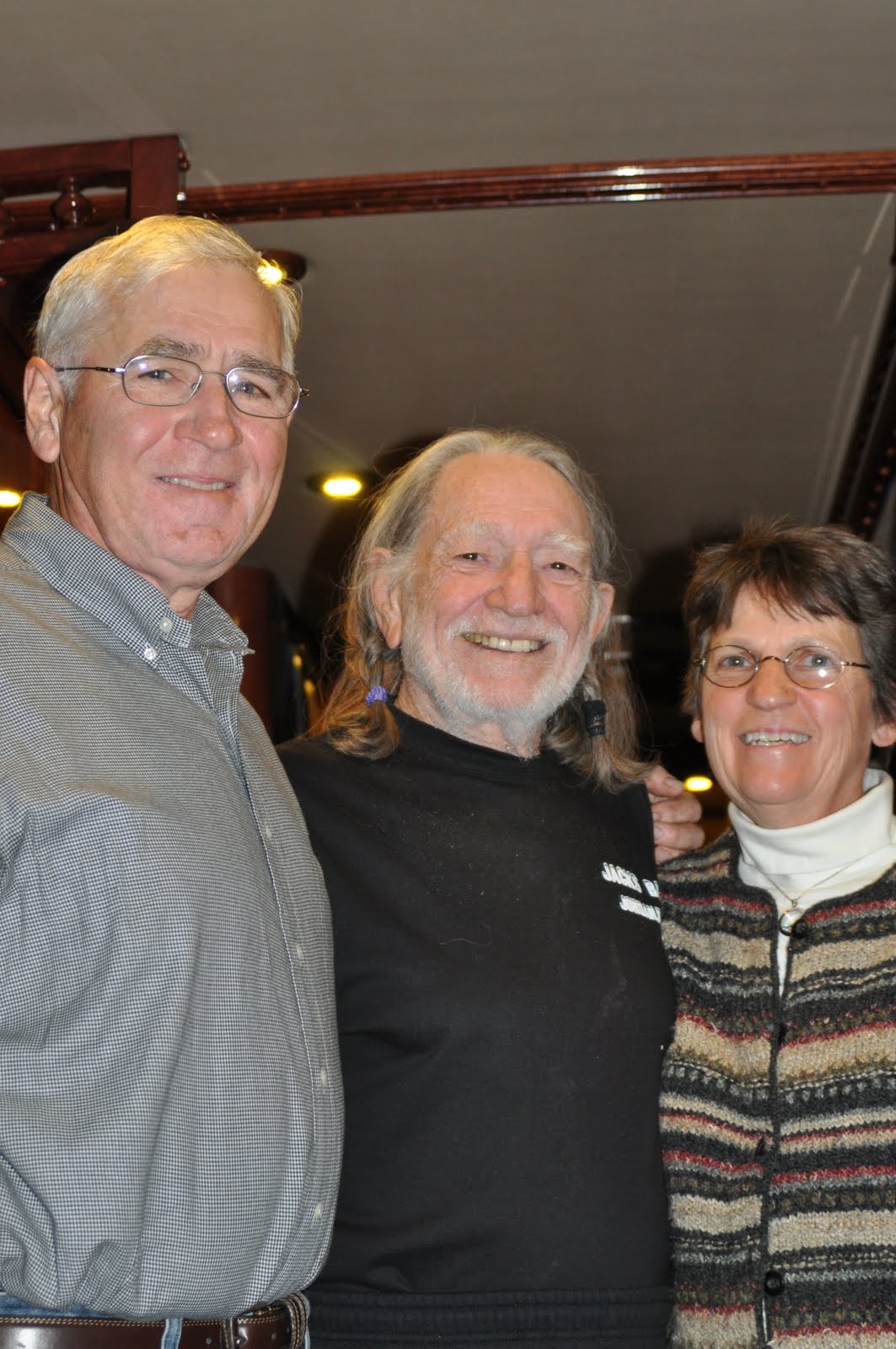 I know it was a special day for Dave and Anita to meet Willie and tell their story at long last. I have a feeling it was a special day for Willie too. It certainly was for me — to be part of this work to keep good people on the land makes me thankful to have a job, like Dave and Willie, that I love. I was truly honored and humbled to meet the Schroeders in person and I plan to keep up my friendship with them. I hope that someday I can convince them to take one night off and stay for Willie’s concert!

A year-in-review on corporate concentration in agriculture.